Class
What Makes a Political Poem?

Poets who write about social justice seem to have endless material. We are called to write about current affairs, history, violence, and power. But how do we know when these poems are successful? What creative tools do poets use to write a worthwhile political poem, one that goes beyond a simple rant or morality play?

In this six-week class, we’ll focus on specific tools that lend themselves to effective political poetics: image, juxtaposition, lists, fragmentation, and the inclusion of raw source material. We’ll discuss the politics of detail, joy as a political act, writing the news, and documentary poetics. Most importantly, we’ll work together to figure out what makes a political poem “work.”

Poets like June Jordan, Craig Santos Perez, Holly Inglesias, Amiri Baraka, Muriel Rukeyser, Lucille Clifton, and Layli Long Soldier will guide us as we read and discuss 4-6 poems per week. You’ll complete the class having written at least a poem a week of your own. Optional craft essay readings will also be provided.

We will learn from each other’s approaches during optional live chats on Sundays at 2:00 p.m. CST. All students will give and receive feedback on each other’s poems. 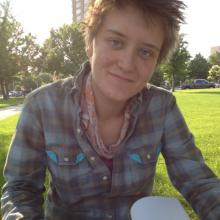