The number of missing Indigenous women in North America has reached an epidemic, while horrific news of the remains of Native schoolchildren discovered at boarding schools seems to be a daily occurrence. And yet relatively little discussion or awareness of this crucial subject has entered the American consciousness. Chris Stark and Susan Power, both of whom are releasing books related to these subjects, will be in discussion for this very special online event as a part of the Loft's Outside My Window fall theme.

Mona (Susan) Power is a Standing Rock Sioux author from Chicago. She earned her bachelor's degree from Harvard University and an MFA from the Iowa Writers’ Workshop. Her fellowships include an Iowa Arts Fellowship, James Michener Fellowship, Radcliffe Bunting Institute Fellowship, Princeton Hodder Fellowship, and USA Artists Fellowship. She lives and teaches in Saint Paul, Minnesota.

Chris Stark is a Native (Anishinaabe and Cherokee) award-winning writer, researcher, visual artist, and national and international speaker. Her second novel, Carnival Lights, is about two Ojibwe teen girls who leave their reservation for Minneapolis, set in 1969. Her first novel, Nickels: A Tale of Dissociation, was a Lambda Literary Finalist. Her essays, poems, academic writing, and creative nonfiction have appeared in numerous publications, including The Palgrave International Handbook on Trafficking, University of Pennsylvania Law Review, Dignity Journal, The WIP, Florida Review, The Chalk Circle: Intercultural Prize-Winning Essays, When We Became Weavers: Queer Female Poets on the Midwest Experience, Hawk and Handsaw: The Journal of Creative Sustainability, and many others. Her poem "Momma's Song" was recorded by Fred Ho and the Afro Asian Music Ensemble as a double manga CD. She is also a co-editor of Not for Sale: Feminists Resisting Prostitution and Pornography and a co-author of the ground-breaking research "Garden of Truth: The Prostitution and Trafficking of Native Women in Minnesota." Primary research she conducted with Native women survivors of prostitution and trafficking on the ships in Duluth, Minnesota, is included in her article “Strategies to Restore Justice for Sex Trafficked Native Women.” She is also co-author and co-researcher of “Evidence of Survivor, Agency, and Researcher Collaboration: An Example of an Emerging Model of Survivor Wellbeing.”

Her writing has been nominated twice for a Pushcart Prize. In 2012, she was named a “Changemaker” by the Women’s Press and was a Loft Series Mentor Finalist. In 2019, she received the International Social Justice Citizen Award from the International Leadership Institute. She has appeared in numerous media, including NPR, MPR, PBS, Justice Talking, and Robin Morgan’s radio show. She has spoken at law schools, conferences, rallies, and at the United Nations (four times). She has taught writing and humanity courses at universities and community colleges for twenty years and worked as a Two-Spirit program director at Minnesota Indian Women’s Resource Center. Currently, she consults with a variety of local and national organizations and teaches writing at Central Lakes Community College. She is a member of the Minnesota Missing and Murdered Indigenous Women Taskforce. She has an MFA in writing and an MSW. For more information, visit christinestark.com. 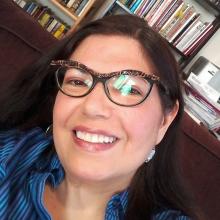 Susan Power
Susan Power is an enrolled member of the Standing Rock Sioux tribe and a native Chicagoan. She is a graduate of Harvard College, Harvard Law School and the University of Iowa Writers' Workshop, and the author of three books, The Grass Dancer (a novel), Roofwalker (a story collection), and Sacred
Read Full Bio 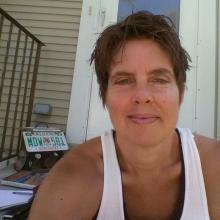 Chris Stark
Chris Stark is a Native (Anishinaabe and Cherokee) award-winning writer, researcher, visual artist, and national and international speaker. Her second novel, Carnival Lights, is about two Ojibwe teen girls who leave their reservation for Minneapolis, set in 1969. Her first novel, Nickels: A Tale of
Read Full Bio