What effect does choice and chance play when entire groups of people are displaced by socio-historical moments beyond their control? Two authors whose new books center on refugee experiences will be taking part in an online discussion.

In Somewhere in the Unknown, author Kao Kalia Yang presents a collective memoir of refugee experiences, individuals who found the strength and courage to rebuild after leaving all they hold dear. Awo and her mother, who escaped from Somalia, reunite with her father on the phone every Saturday, across the span of oceans and decades. Tommy, born in Minneapolis to refugees from Cambodia, cannot escape the war that his parents carry inside. As Afghani flees the reach of the Taliban, he seeks at every stop what he calls a certificate of humanity. These are just a few of the individuals who bravely share their stories in the book.

After the Last Border: Two Families and the Story of Refuge in America situates a dramatic, character-driven story within a larger history—the evolution of modern refugee resettlement in the United States, beginning with World War II and ending with current closed-door policies. Based on two years of interviews with Mu Naw, who arrived in 2007 from Myanmar, and Hasna, who arrived in 2016 from Syria, Goudeau reveals not just how America’s changing attitude toward refugees has influenced policy and law, but also the profound effect it has on human lives.

Jessica Goudeau has written for The New York Times, Atlantic, and Washington Post, among other places, and is a former columnist for Catapult. She has a PhD in literature and issues of representation from the University of Texas.

Kao Kalia Yang is an award-winning Hmong American writer. She is the author of The Latehomecomer, The Song Poet, co-editor of What God is Honored Here?: Writings on Miscarriage and Infant Loss By and For Native Women and Women of Color, and books for children, including A Map Into the World, The Shared Room, and The Most Beautiful Thing.

Once you register for this webinar, you will receive two emails – one is a receipt and the other is a confirmation email from The Loft Literary Center via Crowdcast. This Crowdcast email includes an orange button that says "Visit Event," which is your link to access the webinar. You’ll also receive an email reminder 10 minutes before the event, which will include another link to the webinar. If you are not seeing these emails, please check your spam or junk folder. Contact us at 612-215-2575 or loft@loft.org with any other questions.

If you would like to purchase more than one ticket, please call our office and we'll respond within one business day. 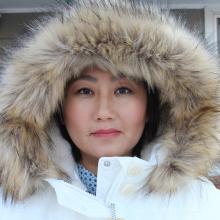 Kao Kalia Yang
Kao Kalia Yang is a Hmong-American writer. Born in the refugee camps of Thailand to a family that escaped the genocide of the Secret War in Laos, she came to America at age six. Yang is a graduate of Carleton College and Columbia University’s MFA program. She is the author of The Latehomecomer: A
Read Full Bio 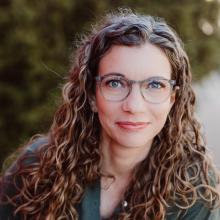 Jessica Goudeau
Jessica Goudeau has written for The New York Times, Atlantic, and Washington Post, among other places, and is a former columnist for Catapult. She has a PhD in literature and issues of representation from the University of Texas. She is the author of After the Last Border: Two Families and the Story
Read Full Bio