Bao Phi is a refugee from Vietnam, a lifelong Minnesotan, a writer, an arts administrator, and a father. Starting as a receptionist, he has been a Loft staff member since the late 90s. He currently oversees the Loft's Awards programs as well as events, including Equilibrium, which received the 2010 Minnesota Council Nonprofit's Antiracism Initiative award. He has been a performance poet since 1991. A two-time Minnesota Grand Slam champion and a National Poetry Slam finalist, he has performed as a featured artist all over the United States, has appeared on HBO Presents Russell Simmons Def Poetry, and a poem of his appeared in the 2006 Best American Poetry anthology. He has been a City Pages and Star Tribune Artist of the Year. His essays and fiction have been included anthologies such as A Good Time For The Truth and Octavia's Brood. His published poetry collections are Song I Sing and Thousand Star Hotel, both published by Coffee House Press, the latter for which he was selected by Minnesota Monthly as Author of the Year. His three picture books are A Different Pond, illustrated by Thi Bui, which was awarded a Caldecott Honor as well as the Zolotow Medal for Excellence in Picture Book Writing; My Footprints, illustrated by Basia Tran; and Hello Mandarin Duck, illustrated by Dion MBD, all published by Capstone. 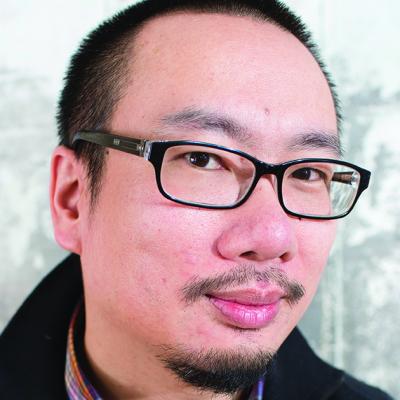 My first memory of Star Wars involves the Death Star trench run on a VHS tape. One of my older brothers rented it and brought it home, but because my family could only afford a 2-head VCR and the tape was recorded in SP, it played across our small television in slurred speed.