Chelsea Clinton is the author of the #1 New York Times–bestselling picture book She Persisted: 13 American Women Who Changed the World, which was praised in a starred review by Publishers Weekly as a “lovely, moving work of children's literature [and a] polished introduction to a diverse and accomplished group of women." She is also the author of Grandma’s Gardens, co-written with Hillary Rodham Clinton, as well as the New York Times–bestsellers She Persisted in Sports: American Olympians Who Changed the Game; Don’t Let Them Disappear: 12 Endangered Species Across the Globe; Start Now!: You Can Make a Difference; She Persisted Around the World: 13 Women Who Changed History; It’s Your World: Get Informed, Get Inspired & Get Going!; The Book of Gutsy Women: Favorite Stories of Courage and Resilience, co-written with Hillary Rodham Clinton; and Governing Global Health: Who Runs the World and Why?, co-written with Devi Sridhar. Chelsea Clinton is the vice chair of the Clinton Foundation, where she works on many initiatives including those that help to empower the next generation of leaders. She lives in New York City with her husband, Marc, their children, and their dog, Soren. You can follow her on Twitter at @ChelseaClinton or on Facebook at facebook.com/chelseaclinton. 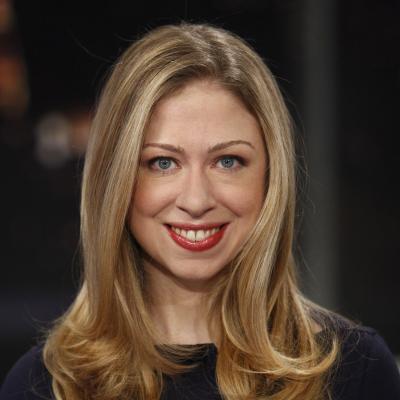