Chris Fink has edited the Beloit Fiction Journal since 2005, when he joined English Department at Beloit College. He teaches courses in creative writing, literature, and journalism, and he also coordinates Beloit's Mackey Chair in Creative Writing. His book of fiction, Farmer's Almanac, was published by Emergency Press in 2012. Since 2000, he has published more than twenty-five stories and essays at various journals, including Alaska Quarterly Review, Hayden's Ferry Review, Malahat Review, North Dakota Quarterly, Other Voices, Phoebe, The Pinch, South Dakota Review, and many others.

Professor Fink was a founding faculty member of the MFA program at San Jose State University, where he taught for five years and edited Reed Magazine. He is a recipient of the 2003 Silicon Valley Artist's Grant, and founder of the John Steinbeck Award for the Short Story. He received his Ph.D. in creative writing from the University of Wisconsin-Milwaukee, where he edited the Cream City Review. 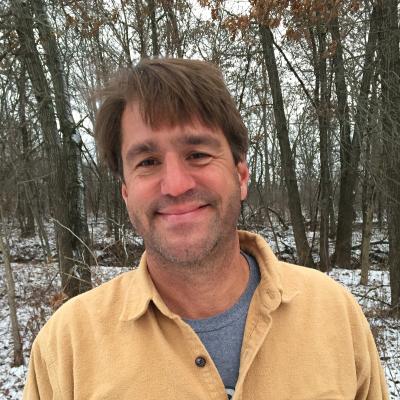