Elizabeth Tannen is a multi-genre writer, editor, teacher, racial justice facilitator and organizer. She was raised in Brooklyn, New York and have lived for the last five years in south Minneapolis. She is part of the Minneapolis Catholic Worker community, which (like her)  isn't Catholic at all. Elizabeth's essays, stories and poems have appeared in places like NPR, Salon, The Rumpus, The Morning News, Front Porch, Copper Nickel, Conduit, and Southern Humanities Review. She's taught writing at the Loft, with the Minnesota Prison Writing Workshop, privately and at some colleges. In 2018, her poetry manuscript, Notes on Distance, was a finalist for Milkweed Editions Lindquist & Vennum Prize. In 2015, she founded the monthly reading series, Five Writers, Five Minutes, Five Watt which still runs most fourth Tuesdays at 8 p.m. at Five Watt Coffee in South Minneapolis. 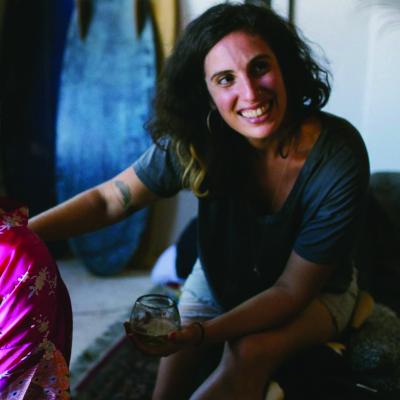