Erin Sharkey is a writer, producer, educator, and graphic designer based in Minneapolis. She received her MFA in Creative Writing from Hamline University and is, with Junauda Petrus, the co-founder of an experimental arts production company called Free Black Dirt. Erin has appeared or is forthcoming in publications such as Walker Art Center's Untitled, Brooklyn Quarterly, and Paper Darts. She currently teaches with the Minnesota Prison Writers Workshop. Erin is a 2016/17 Loft Mentor Series winner in creative nonfiction, was a 2016 VONA/Voices Travel Writing fellow, 2015 Givens Foundation for African American Literature Emerging Writers fellow, as well as a Coffee House Press in the Stacks artist-in-residence at the Givens Collection at the University of MN, where she now is helping to promote Umbra Search, a digital search tool for African American memory. 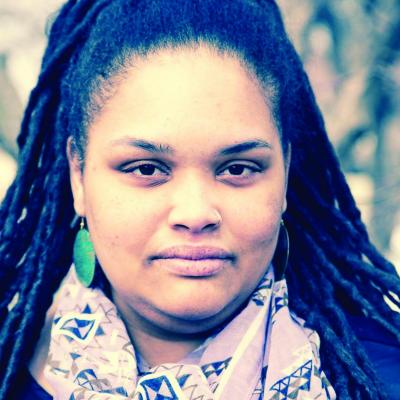