ReBecca (Becky) Roloff is the 11th president of St. Catherine University, which is one of the largest private women’s universities in the nation. In her time at St. Kate’s, Roloff has strengthened the University’s connection to the Sisters of St. Joseph of Carondelet (CSJs), recruited and retained a diverse senior leadership team, and overseen the development of a new 10-year strategic plan that has led to increased enrollment and stronger financial positioning.

Roloff is a recognized leader with national and community accolades, including the New York City YWCA Academy of Women Achievers Award, Archdiocese of St. Paul and Minneapolis Leading With Spirit Award, and Twin Cities Business Outstanding Corporate Director Award. In 2018, Roloff was named the Favorite MN Role Model for Women in Education by the Minnesota Women's Press.

Prior to joining St. Kate’s, Roloff served as president and chief executive officer of the YWCA of Minneapolis. Under her leadership, the YWCA Minneapolis successfully completed a capital campaign, grew its revenue substantially, and increased the diversity of its board of directors. Previously, she served as senior vice president at American Express Financial Advisors (now Ameriprise), held leadership positions at Pillsbury Company, and was a grain merchant for Cargill in Texas. She has served on the boards of C.H. Robinson Worldwide, Inc., the Minneapolis Downtown Council Executive Committee, and Allina Health.

Roloff serves as a trustee for the Charles and Ellora Allis Educational Foundation, the Women’s College Coalition, and the Minnesota Campus Compact. She has chaired the boards of The Blake School and The Children’s Theatre Company, and was the president of the International Women’s Forum of Minnesota and Minnesota Women’s Economic Roundtable.

Roloff is a 1976 graduate of St. Kate’s, chairing the University’s Board from 1991–1995. She earned a master’s degree in business administration with distinction from Harvard Business School. 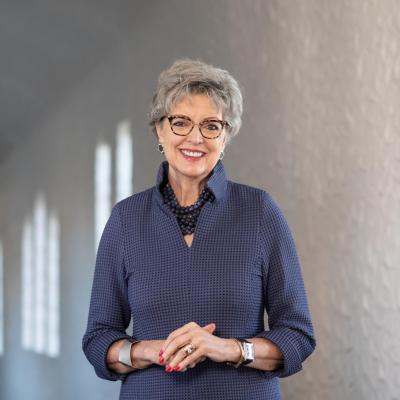