Rivers Solomon writes about life in the margins, where they are much at home. In addition to appearing on the Stonewall Honor List and winning a Firecracker Award, Solomon's debut novel An Unkindness of Ghosts was a finalist for a Lambda, a Hurston/Wright, an Otherwise (formerly Tiptree), and a Locus award. Solomon's second book, The Deep, based on the Hugo-nominated song by Daveed Diggs-fronted hip-hop group clipping, was the winner of the 2020 Lambda Award and shortlisted for a Nebula, Locus, Hugo, Ignyte, Brooklyn Library Literary, British Fantasy, and World Fantasy award. Solomon's short work appears in or is forthcoming from Black Warrior Review, the New York Times, the New York Times Magazine, Guernica, Best American Short Stories, Tor.com, Best American Horror and Dark Fantasy, and elsewhere. A refugee of the Trans Atlantic Slave Trade, Solomon was born on Turtle Island but currently resides on an isle in an archipelago off the western coast of the Eurasian continent. 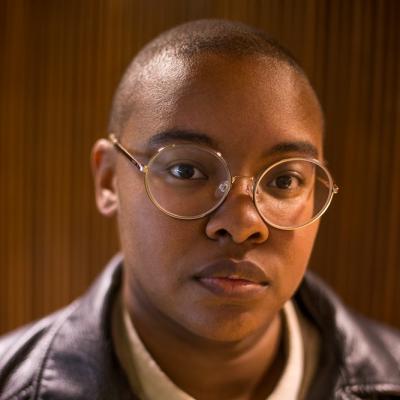